A Cheery Wave from Stranded Youngsters is a free compilation series featuring all the best bands in the underground UK post-rock/math-rock scene.

Volume 5 will be out on Monday Oct 28th, and features bands such as The Winchester Club, Those Amongst Us Are Wolves, Polymath, Fox in the City, Alright the Captain and Cheap Jazz.

The album can be downloaded from – thewinchesterclub.bandcamp.com

More info on the at – facebook.com/acheerywavecollective

Some more great shots from the Endure6 Challenge Party, by Simon Fairclough. 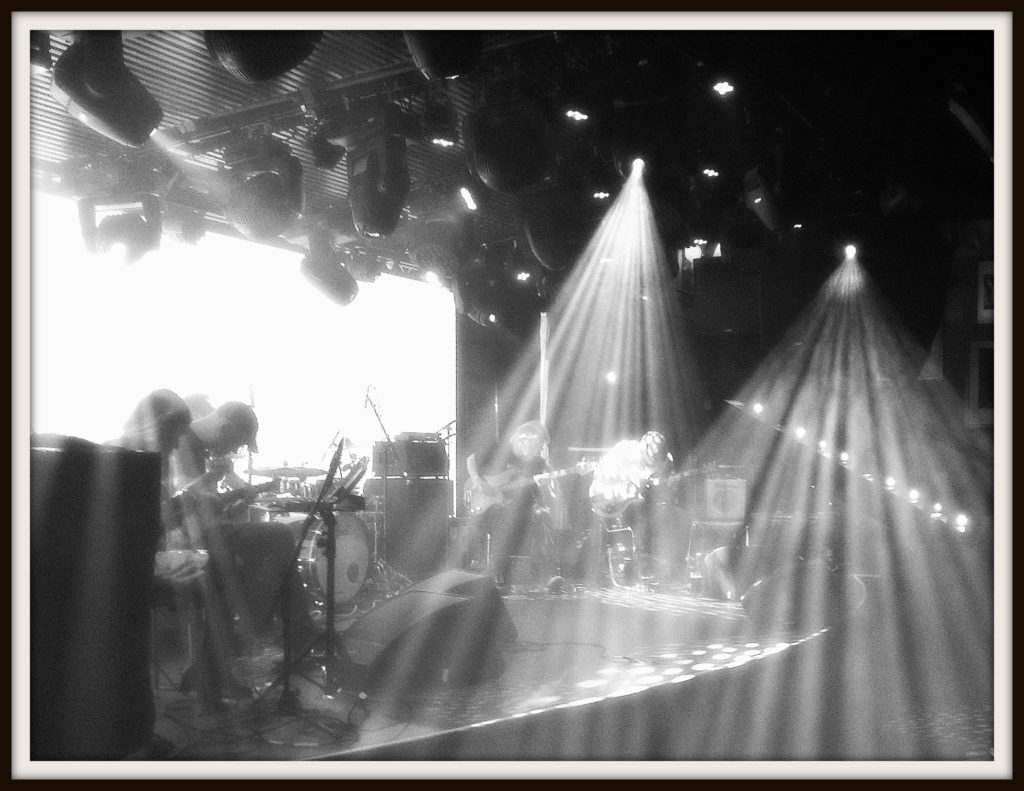 We had a great time at the Endure6 Challenge Launch event last week, many thanks to all who came along.
Photos – Louise Flanagan

“In 1953, the BBC filmed a train ride from London to Brighton and then did the same thirty years later from the same point of view. They did it again this year. The video below shows all three rides side-by-side.”

We’re playing a show in London on Sep 24, in support of the Endure 6 Challenge.

The Endure 6 Challenge is a set of events created by The Endure Foundation to support six major causes every three years. The charities and organisations who applied to take part in the challenge between 2013 and 2016 are Blue Ventures, David Shepherd Wildlife Foundation, Oxfam, Renewable World, Think Big with O2 and Walking With The Wounded.

Tickets are on sale at http://endureworldevents.com/store
(100% of the evenings profits will be donated to The Endure Foundation, supporting each of the six charities taking part in the challenge)

Danny Crates – Host
Danny Crates is a Paralympic gold medallist, World champion, European champion, Paralympic World Cup winner and World Record holder and, most recently host of his own BBC radio show and the face of Channel 4′s athletics coverage at the London 2012 Paralympic games. Danny will be our host for the evening.

Rob and Jo hold the Guinness World Record for the fastest (and first) Seven-Summits ascent (both lists) by a married couple. (Both lists includes Kosciuszko in Australasia and Carstensz Pyramid in Indonesia). Jo is also the fastest women to climb the Seven Summits, as featured in the 2010 GWR book of the decade.

Despite facing cancer twice and near death in the Himalayas, Rob and Jo’s passion for life and the outdoors wasn’t dampened. Determined to live life to the full, they persevered and fulfilled dreams while unwittingly setting a string of records…
Jo has written about their adventures in her inspirational book Holding On, which is an enthralling account of mountaineering and polar achievements; it is a powerful and emotional story of love and survival against the odds.

Lara Smiles is a multi-talented singer, songwriter and producer. Influenced by many genres of music Lara started out writing punk and soul tunes on her guitar – but all-night raves in her early teens led to a love of dance music and an obsession with sampling beats. Lara released her debut single ‘Take It Back’ in March 2013 and her second single ‘A Million Times’ drops in June 2013. http://larasmiles.com/VIDEO

‘Take It Back’ and ‘A Million Times’ are written by Lara Smiles, with production by acclaimed producer Tim Bran. Tim Bran has produced material for the likes of Le Roux and Richard Ashcroft and he’s brought his innovating sound to Lara’s tracks. Lara has collaborated with many bands and producers in her career so far and is currently working with legendary producer Youth (Primal Scream, Paul McCartney, The Orb). Most recently Lara featured on an Orb track called ‘Secret Ways Of Bees’.

The Winchester Club have been carefully crafting epic instrumental post rock since drummer Tim Spear founded the band in 1999. Following the launch of their first album “BRITANNIA TRIUMPHANT” in 2007 the band went on to support Virginia based post-rock band OSTINATO. For the gig they recruited a second bass player – Elena Jane. As a result of this gig, the band was approached by German based Label EXILE ON MAINSTREAM, who offered to re-release the album.

The re-released BRITANNIA TRIUMPHANT proved to be a tremendous success, selling out of its initial pressing within 6 months with their second album NEGATIVE LIBERTY launched in March 2011, sees the band’s development of their epic instrumental sound in a heavier direction featured here in a Fujilfim short http://www.youtube.com/watch?v=qeWafqX0g9M

Gareth Sommerville has enjoyed a DJing career that is as long as it is varied. Currently to be found at the helm of one of Scotland’s leading house and disco nights Ultragroove – which has seen him perform alongside the likes of Dimitri From Paris, Joey Negro, Julio Bashmore, Horse Meat Disco, Tensnake and Kerri Chandler to name but a few from a very long list of A List DJs that have played at the club since it began in 1999.

Further afield, Gareth has performed at Ministry of Sound, East Village, Bar Rhumba, Faith and The End in London, numerous times in Ibiza, Sankey’s in Manchester, T in the Park (where he has enjoyed eleven consecutive years of bookings), Glasgow’s Melting Pot and Sub Club.

Described as ‘A collective hallucination.’ by Del Naja, and ‘A musical entertainment about the power of illusion and the illusion of power.’ by Adam Curtis, the work takes place at the Mayfield Depot Manchester until 13 July.

Curtis goes on – “We’ve used film, music, stories and ideas to try and do this – to build a new kind of experience. The best way we can describe it is “a Gilm” – a new way of integrating a gig with a film that has a powerful overall narrative and emotional individual stories.”

We created our last album ‘Negative Liberty’ in response to Curtis’ 2007 series ‘The Trap’ – here is a video from the track ‘The End of History’.

More on this work at the MIF site: http://www.mif.co.uk/event/massive-attack-v-adam-curtis

Here’s some video from our 2008 show in Leipzig, opening for Neurosis and A Storm of Light.

We have a proper SoundCloud page now, come and be our friend! Messrs Deeney and Morgan have created the soundtrack for the Fujifilm Shorts 2012 Trailer.