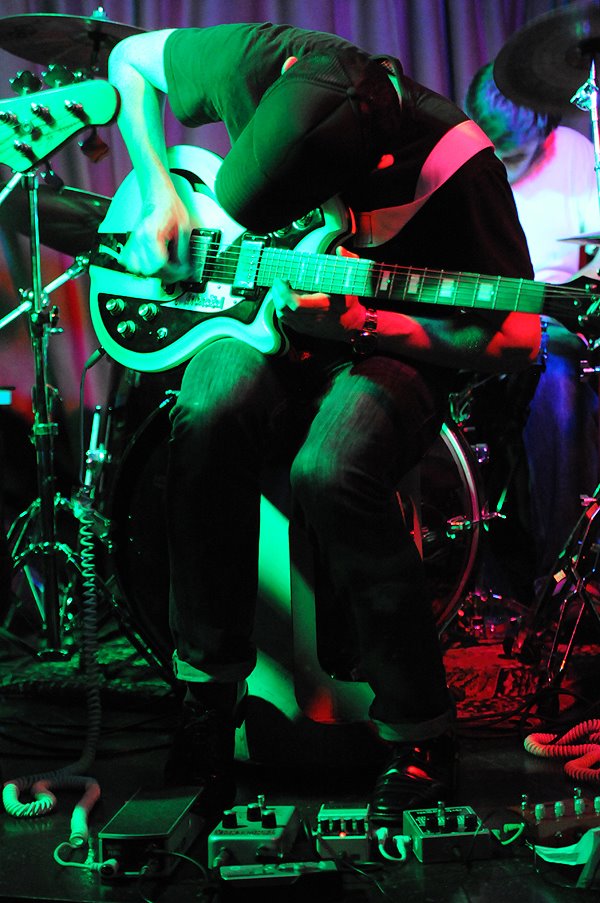 The Winchester Club was founded in 1999, by Drummer Tim Spear. Originally assembled to perform as a side project at an all-day gig organised by country-rock band Chineseburn (of which Mr Spear and Mr Deeney were members), they were joined by bass player Harry Armstrong (of Metal bands Hangnail and End of Level Boss) and Guitarist Jonathan Morgan. The band assembled a set of long-form instrumental tracks. These were later recorded at Moon Studio in London, and subsequently released as the demo “drown little joys in work and distress”.

After a series of London gigs, the band returned to writing and rehearsing material for a full-length album in 2000. A year later they laid down the tracks that would form the basis for “BRITANNIA TRIUMPHANT”. Working in-between other band commitments and jobs, the album took shape over the subsequent years, despite being lost on two separate occasions. Having to revert back to the original recordings made for greater delays and re-recording whole sections from scratch. Nevertheless, the album was finally finished in 2007, and given a low-key release in 2007 on Mr Spear’s label, WHI RECORDINGS.

To celebrate the album’s completion, the band played at London’s Bar Monsta, supporting Virginia based post-rock band OSTINATO. For the gig they recruited a second bass player – Elena Jane. As a result of this gig, the band was approached by German based Label EXILE ON MAINSTREAM, who offered to re-release the album in a deluxe wooden packaging  with bonus tracks.

To back up the album and start to establish a following in Europe, the band took to the road in March 2009, supporting American post-rock outfit A WHISPER IN THE NOISE, taking in dates in Germany, Austria, Switzerland and more. The tour proved to be a great success, with the band invited back the same year for a series of headline shows, and a much coveted support slot for US legends NEUROSIS. They were also invited to play at the ROADBURN FESTIVAL 2009 in Holland, alongside the likes of MONO, EARTH and more. The festival was recorded for Dutch broadcaster VPRO, with the band’s audio stream staying in the top10 listening chart for several weeks.

The re-released BRITANNIA TRIUMPHANT proved to be a tremendous success, selling out of its initial pressing within 6 months. Encouraged by the following garnered by the record and touring, the band spent the subsequent 2 years rehearsing and recording their second album. In June 2010 the band entered HELICOPTER TONSTUDIOS in Dresden, to record 5 new tracks. The Album was then finished by Mr Spear at his home studio, and mastered by Stefan Bruggemann at The Mastering Room in Berlin.

Released by EXILE ON MAINSTREAM in March 2011, NEGATIVE LIBERTY see’s the band’s development of their epic instrumental sound in a heavier direction.

Drawing on inspiration from Adam Curtis’s highly acclaimed documentary series The Trap, which examines the more ominous and obscure side of human behaviour, the resulting new album is an overall darker offering that nevertheless maintains TWC’s trademark melodic drive.

In 2014 the band appeared at the Arctangent Festival in Bristol.

The band are currently recording new material for a 3rd album.